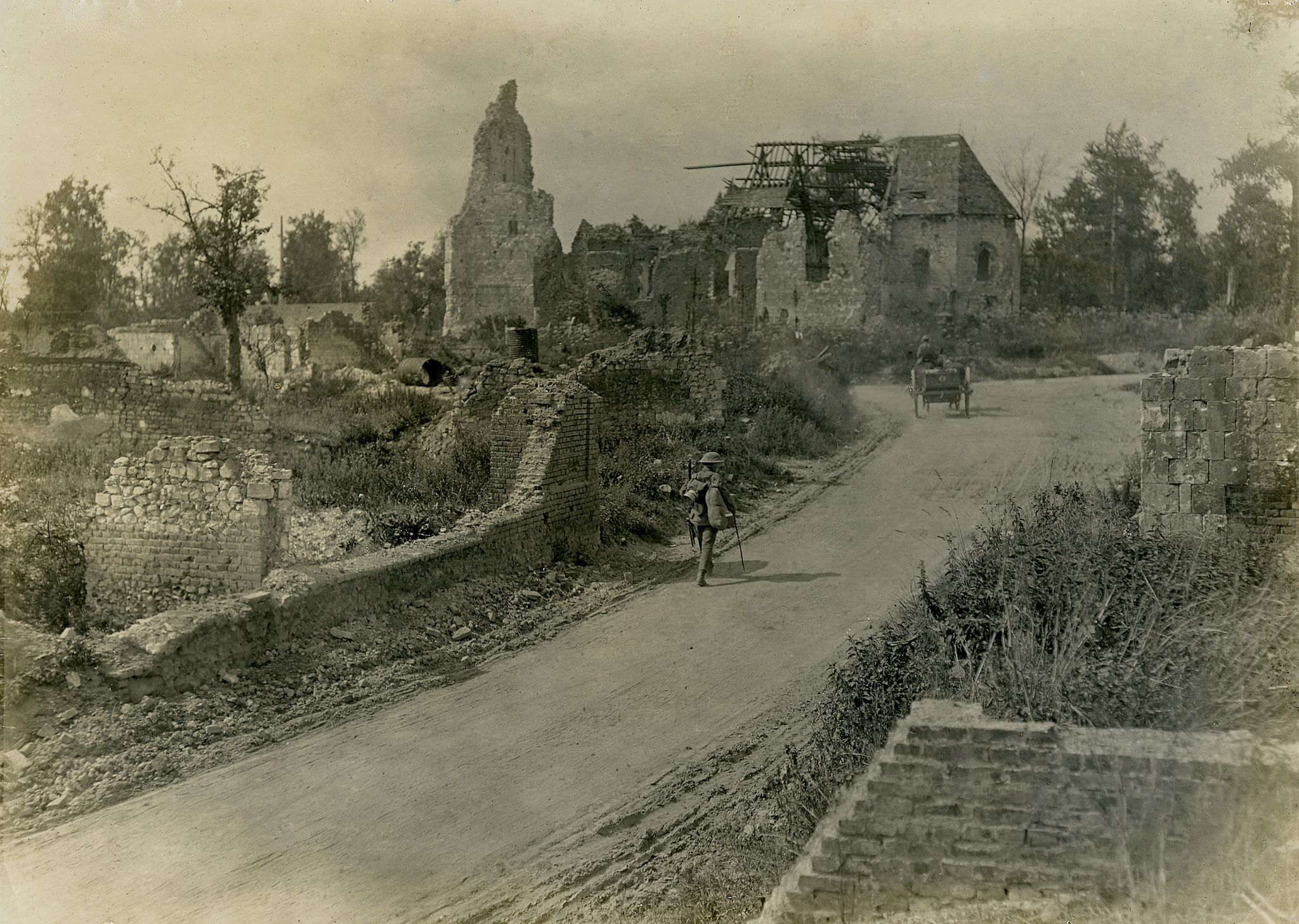 2018 marks a century since the founder of Nikka Whisky, Masataka Taketsuru, set out on a journey that would alter the history of Japanese whisky. Based primarily on his serialized autobiography originally published in Nikkei in 1968, Part Five has Taketsuru spending time learning how to make grain whisky, as well as finally being able to marry Rita Cowan. Click here to read previous entries in this series.

The Rise of Grain Whisky

Up until the Industrial Revolution in the 1830s, whisky was only really consumed in certain parts of Scotland, and not so much in England. The malt whisky was heavy, malty, peaty, and full of aroma and flavor. Too much for most people.

The Industrial Revolution brought with it a revolution for whisky as well. James Watt, regularly working with the Newcomen engine at Glasgow University, improved upon the design of the Newcomen by separating the cylinder and condenser. It didn’t take long for that same approach–separating the condenser from the steam–to find its way into the world of stills, as pot stills were highly inefficient (and arguably still are today). 1830 saw both the first railroad between Manchester and Liverpool, as well as the patent of the Coffey still by Aeneas Coffey of Dublin’s Dock Distillery.

The Coffey still allowed for a far more efficient whisky production, as there needed could be one continuous run, and it could be of high volume. This was compared to the low-volume, twice-distilled per batch approach of pot stills. For a grain whisky producer, this focus on economics and efficiency was unavoidable. As a result grain whisky distilleries sprang up across the Lowlands of Scotland from the 1830s to 1860s.

Andrew Usher is typically credited with pioneering the approach of blending Highland single malts with these Lowland grain whiskies to make blended whisky, as he first experimented with by hand in the 1860s. “The Coffey grain spreads out the best parts of the malt, and serves to calm the heaviness and roughness. This is blended Scotch whisky. Because of this blending, first the English, then the rest of the world, began to drink whisky,” Taketsuru writes. The blended whisky we’re drinking these days has only been around for about 150 years. Nikka Whisky today offers Coffey Grain Whisky, Coffey Malt Whisky, Coffey Vodka, and Coffey Gin, all distilled using the Coffey still that Taketsuru imported to Japan in 1963.

In order to learn about grain whisky, Taketsuru started working at a Johnnie Walker facility near Glasgow. It was much bigger than his previous Highland malt distilleries, so his managers were reticent about letting him trying new things. Their guard was even higher due to the fact that the Distillers Company Limited (DCL) grain whisky cartel was out looking for acquisition targets at the time. The Coffey still in particular required some finesse when using the valve, so they didn’t let Taketsuru touch it. Taketsuru remembers: “Finally, after going there for 3 weeks, the head distiller, Mr. Grant, started to warm up to me. He said, ‘you want to try operating it, right? I start the night shift day after tomorrow, so show up at night, and I’ll teach you.’”

Sure enough, as promised, Mr. Grant taught him how to properly operate the valve. Taketsuru also learned more from others, like how to handle different ingredients. “Grain whisky was my night school,” he writes.

Not only tragic, the death of Rita’s father made their marriage plans somewhat more difficult. Rita’s mother was vehemently opposed to marrying off her eldest daughter, especially so quickly after her father’s death. On top of that, Rita would be living on the other side of the world, in Japan. Considering the situation, these emotions are easy to understand.

But the couple did have some important allies. Namely, Rita’s younger sister Ella. After all, Ella was partly responsible for the couple meeting in the first place. Rita’s other younger sister Lucy also finally helped in convincing Rita’s mother to allow her to marry.

Another ally was Abe-san, Taketsuru’s boss and president of Settsu Shuzo. Taketsuru wrote a letter to his parents and Abe-san to inform them that not only has he completed most of the learning he came for, and that he met an English woman named Rita and intended to marry her.

Needless to say, when the letter arrived two months later, it caught everyone off guard, like a clap of thunder in a blue sky. The president was obviously surprised, but I heard that for my parents in Hiroshima, it essentially turned their world upside down. They called my brothers, had a family meeting, and there was apparently just an atmosphere of dismay, like when staging a family intervention. Anyway, I got a letter from my mother, telling me that we must to call the whole thing off.

Taketsuru recalls the contents of the letter:

No matter what happens, DO NOT marry a blue-eyed English. We quit the sake business and passed it to relatives for you, and let you go to England. Now it’s time to accept our request. There are plenty of decent choices for wives here, let me know and I can immediately send omiai pictures if you like.

Abe to the rescue

Taketsuru’s parents, living in the countryside, “had never even seen a foreigner before.” Taketsuru recalls the reply he sent to his mother: “I don’t need an omiai. Rita is a great woman. Maybe you’re concerned about English people, but at least in Rita’s case, your anxiety is unwarranted. Please allow us to continue.”

Abe-san stepped in to help. He visited Taketsuru’s parents once again in Takehara, Hiroshima. He was, after all, partly responsible for Taketsuru being in Scotland. Abe-san offered to go to Scotland and bring Taketsuru back home. But the conversation continued long into the night. Eventually, it was decided that Abe-san’s blessing of marriage would be final. If Abe-san saw Rita and thought that she was the right woman for Taketsuru, then Taketsuru’s parents would happily welcome her.

This was the second time that Abe-san would visit Taketsuru’s home on his behalf. “While my mother only knew the isolated countryside life, she was also a progressive-thinking and decisive woman,” Taketsuru writes. Taketsuru received a telegram from Abe-san saying simply “I’m going to the UK. Abe.”

Two months later, Abe arrives. The three stay at the Portland Hotel and Abe takes to Rita quite quickly. “She’s nice, and quite beautiful. Let’s take her back to Japan,” Abe says. Taketsuru remembers that “when I translated that for Rita, she was jumping with joy. We took Abe up to Scotland, where he stayed with Rita’s welcoming family. We called a priest to the Glasgow Station Hotel and had our wedding. Of course Abe and Dr. Wilson both attended, and lots of people granted us their best wishes.”

Taketsuru also acted as a guide for Abe, taking him to wineries in Bordeaux, Paris, Italy, Switzerland, and Germany. Post-WW1 mainland Europe was a shadow of its former self, with both winning countries and losing countries exhausted from the years of war. “France in particular fought for four years, and even won. But it as Nobel Prize winner Norman Angell says, that victory was simply a ‘Great Illusion.’ With no workforce, production capacity was ruined. The north of France was a charred wasteland, like post-WW2 Tokyo,” Taketsuru recalls. In hyperinflation Germany, he paid 1 million marks for a stamp to send a postcard to Japan from the hotel. Italy was in a complex political situation, with the seeds of fascism taking root.

Setting out for Japan

Abe and Taketsuru returned to Scotland, picked up Rita, and set out for New York. Compared to his Atlantic crossing to get to Scotland, complete with soldiers, U-boat preparation drills, and sinking of the Conarky, their cross this time was tame. It was a honeymoon for Taketsuru and Rita. He reflects on the days spent at sea:

In retrospect, even though I went to study abroad in the UK on my own, all I really had to do was keep progressing, thanks to the help of benefactors like Professor Wilson, Dr. Innes, and Mr. Grant. Thanks to my youth, I toiled day and night, and those days were very productive. Along the journey home, I felt confident and happy that I would be able to go back to Japan and get involved in making real whisky.

But Japan’s formerly booming alcohol industry was due for a shakeup, along the rest of the Japanese economy. Settsu Shuzo would have to make some big changes. 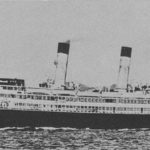 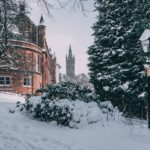 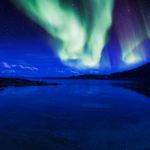