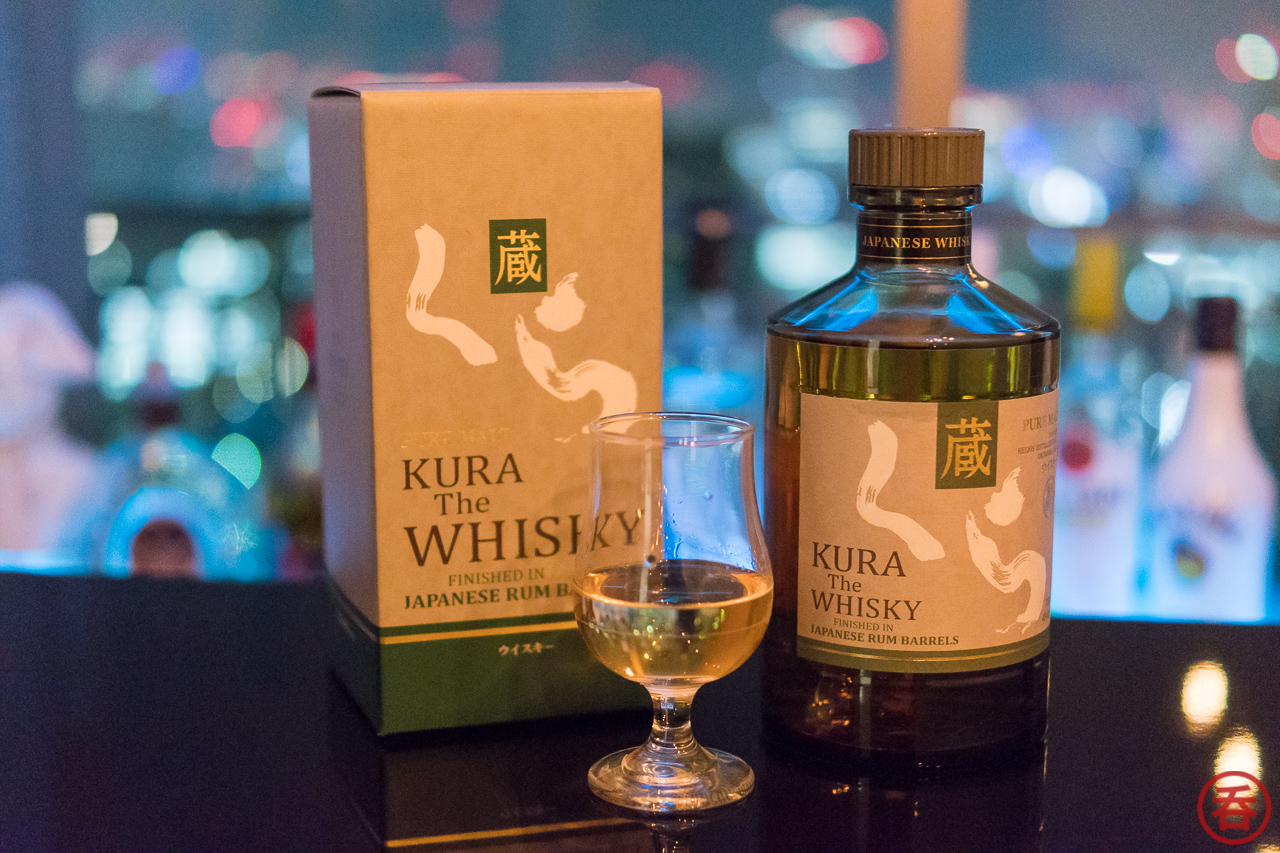 Tonight we’re drinking whisky from Okinawa’s Helios Distillery, one of Japan’s many distilleries located on the island. “KURA The WHISKY RUM CASK FINISH” is Helios’ first whisky released since October 2016.

Helios has a fairly short history by Japanese distillery standards, launching rum distillation in 1961. Yes rum, not awamori as you may expect! Okinawa was under administrative control of the USA back in those days. For better or worse, the tiki movement was already in overdrive following Hawaii’s statehood in 1959, so rum was probably in much higher demand in Okinawa.

Now there’s much more variety from Helios though: besides the staple rum, they also do awamori, liqueur, shochu, umeshu, and even a craft beer which is apparently pretty shitty. The distillery started making whisky back when Japan’s regional whiskies started taking off in popularity in the 80s. That popularity didn’t last long though. Given the last age statement whisky we saw is 2016’s “Reki” containing at least 20% 15yo whisky, we can guess they at least made whisky until 2001.

That’s right, they have stopped making their own whisky. So how is it possible to release another one now? Easy! They had someone else make the whisky, and slapped their own label on it. It’s something we’ve seen happen elsewhere in the world, but here in Japan it’s especially a problem since Helios and other distilleries are still legally allowed to call their whiskies “Japanese whisky” in this case. The fact that it doesn’t actually contain anything distilled in Japan doesn’t sit well with many whisky fans. Helios isn’t the first or last distillery to do this: look through the “Faux” category on the Japan Distillery Map for other examples.

“Kura” is actually the name of their barrel-aged awamori, the most whisky-like being a 40% abv one aged in white oak casks for 12 years. They even call it “Kura Single Malt.” But it’s still an awamori.

In the case of KURA The WHISKY RUM CASK FINISH, Helios has imported a blend of malt whisky from Scotland. Notably, they don’t call it “Scotch.” That liquid is rested in their own ex-rum casks, then bottled to 40% abv. That’s really all the detail that’s been publicized so far. We have no idea how old the liquid was to begin with, or how long the finish was. How about we just crack it open and give it a try?

Nose: Quite leafy and mossy, with a bit of vanilla hiding behind a veil of dried apricot. Although it’s buttery, it certainly doesn’t have that molasses sweetness you might expect from a rum. Malted milk too.

Palate: Plenty of peaty smoke for those into that, but it remains light on the tongue. The rum finish keeps a very low profile. Otherwise, I’m thinking woody pepper and plenty of grain.

Finish: A tad rubbery, but with toasted oats and banana. Lingering you get the peat, but it’s not lasting you very long at 40% abv.

I’m going to guess most of the liquid in this was 2-4 years old when it found its way to Japan from somewhere in the Highlands. Then it spent around half a year in a rum cask. Who knows! I could have used more complexity and fruitiness, and the rum finish should have been a tad more pronounced. It does make a decent highball, too, but there are better options available for cheaper. Overall though, it’s good to see Helios Distillery back at it. Now if only they would start making their own whisky again.