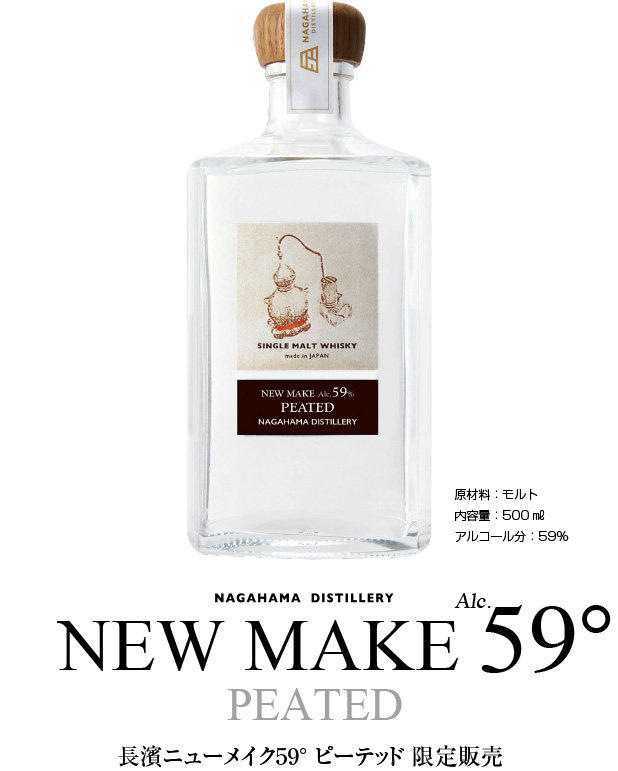 On the shore of Japan’s largest lake, Lake Biwa, sits the Nagahama Distillery in Shiga Prefecture. In November they celebrate their first anniversary. Nagahama is figuratively the smallest in Japan. Their two small stills (1000L and 500L) sit in a space that’s only 26 square meters. Although the company has been making craft beer for over 20 years, this is their first attempt at distillation.

While waiting for the product to reach maturity, they have released some completely un-aged whiskies. The third such whisky has just been announced: the 59% abv “New Make °59 Peated.” It follows earlier releases of New Make °59, and New Make °59 Lightly Peated. This Peated version sits at around 20ppm of phenol, putting it around the same peatiness as Highland Park. Which is to say, not heavily peated — maybe that version is coming later!

Judging by the cask owner reservations held earlier in the year (which quickly sold out), we should start to see aged whisky rolling out from Nagahama beginning in 2020.