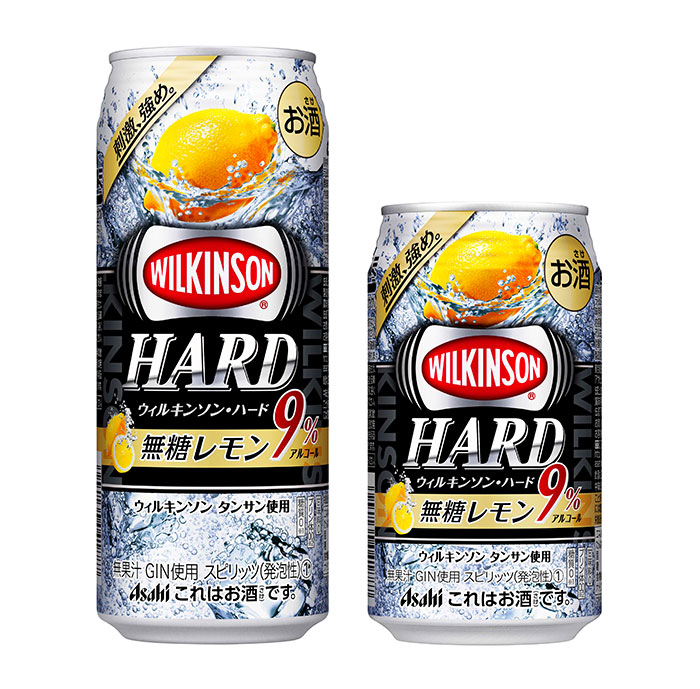 Asahi has been doing good things for themselves with their Wilkinson brand of soda, launching the “Wilksinson Hard Non-sugar DRY” chuhai in June of this year. It’s been selling like bonkers — they hit 40% of their annual sales target only a month after release. They’ve now announced the follow-up, the Wilkinson Hard Non-sugar Lemon.

It will be available from September 5 nationwide. It’s in 350ml and 500ml sizes, and at 9% abv. They’re not kidding about the non-sugar bar, it really has 0g of sugar.

Making this one happen was something of a technical achievement. Asahi already had the gin. But to make the fruit-based spirits that act as the lemon flavor here, they first soak lemon peels in alcohol and distill that using a patended–by Nikka Whisky–decompression distillation. This drops the boiling point lower than regular, allowing for a milder distillate. But it’s not done yet! They have another patent-pending process that adds more “alcohol feeling” to the flavor of the drink. As though 9% abv doesn’t give it enough of an alcohol feeling in the first place! I’d link that patent application if I could find it, but I’m guessing it’s somewhat similar to this one.

If you know your cheap Japanese combini alcohol, you’re probably thinking, hey this isn’t actually chuhai. A chuhai is a shochu highball, i.e. just shochu and soda. And probably some kind of juice for flavor. But guess what! Most other canned chuhais on the RTD market don’t use shochu either. Look at the label. They’re actually using vodka! So just switching that over to gin doesn’t really change much, as far as I’m concerned.