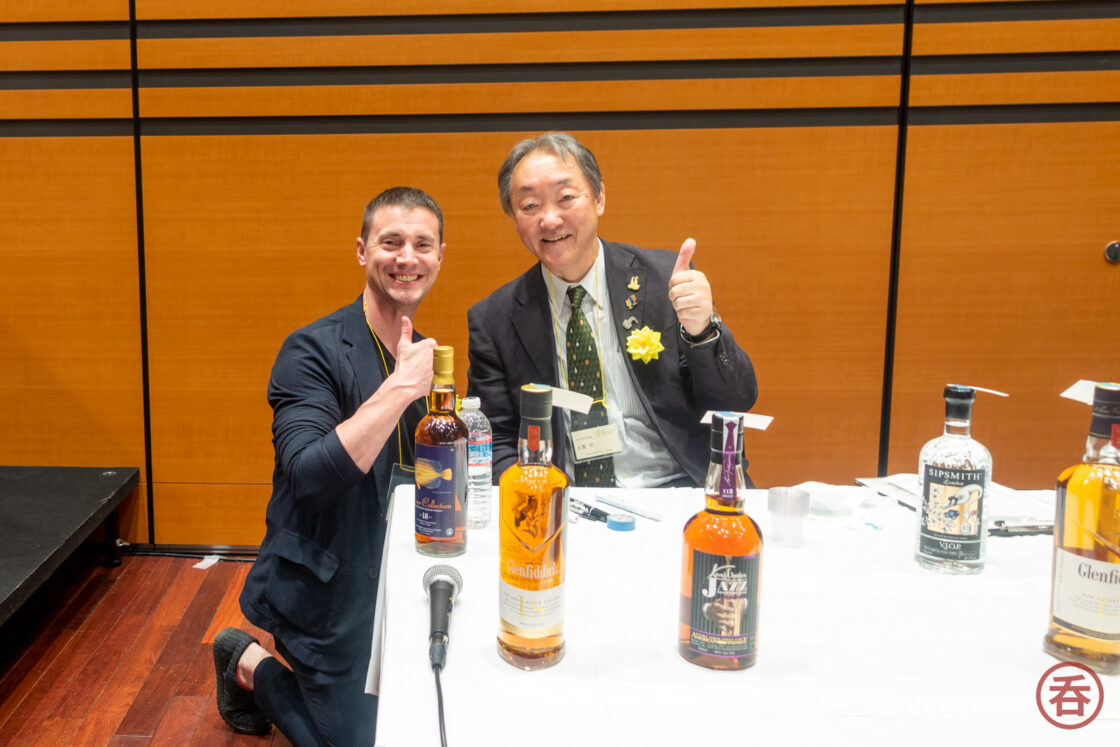 On October 23, 2022, hundreds of spirits fans descended upon Ebisu for a very different kind of tasting event: the Tokyo Whisky & Spirits Competition Megatasting. Instead of vendor booths focusing on specific brands or distilleries, we simply had bottle after award-winning bottle lined up, ready to sample.

The idea behind the event is helping fans get more familiar with winners from the Tokyo Whisky & Spirits Competition (TWSC). I’m not aware of any other spirits competition in the world that assembles nearly all of its winning entries in a single place for the general public to sample.

All told, there were over 500 bottles at the event, and they were arranged by category and award. Walk in the door and have at it! No flyers, no booths, no brand reps, no bagpipes, and no seminars. No complaints! In front of each bottle was a placard with its name, abv, price range, maker, and what award(s) it won. 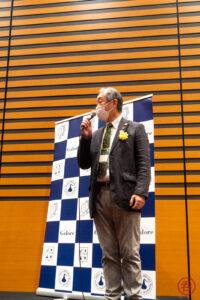 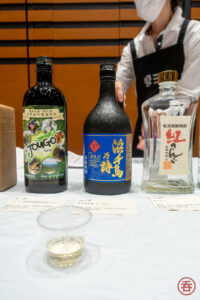 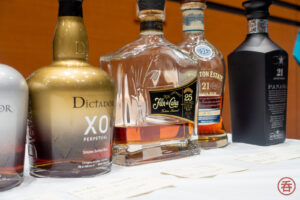 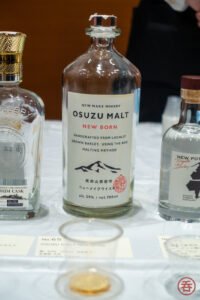 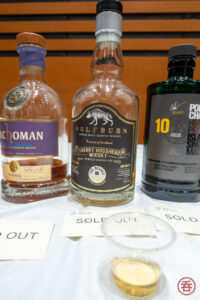 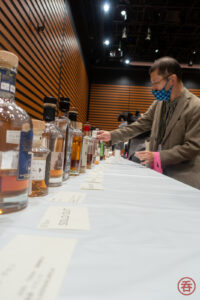 One thing the event did have plenty of, though, is people. While it wasn’t crowded like “standard” whisky shows, the charity raffle tickets for free bottles sold out pretty much instantly. The single malt table was swamped throughout the day, leading many empty bottles quite quickly.

Many of the bottles entered into TWSC can be quite pricey and/or extremely rare. There around 50 of the 500+ bottles that required paid tasting tickets, and I must say, they were worth it. Being able to sample something like Ichiro’s Malt & Grain Blended Japanese LE for 1000 yen is… pretty special given that bottle retails for about 200 times that price.

Being a member of the Executive Committee, I was briefly summoned to the stage for a quick self-introduction (in Japanese, oops).

With this format, one of the advantages was the focus on the interaction between attendees. Rather than people lining up to take a picture with Akuto-san or Fukuyo-san for social media, or crowding a particular booth to buy a bottle, or listening to one person speak at the front of a crowded classroom, here it was much easier to start a conversation with someone you’ve never met. It was easier to introduce people you do know to people they should know, and so on. Crowds at whisky festivals can be pretty exhausting, so this setup was extremely refreshing for me.

As covid-19 restrictions continue to fall in Japan, we’ll have more and more events on the calendar soon. In fact, as of this writing, we’re less than two months away from the Japanese Fes. See you there!