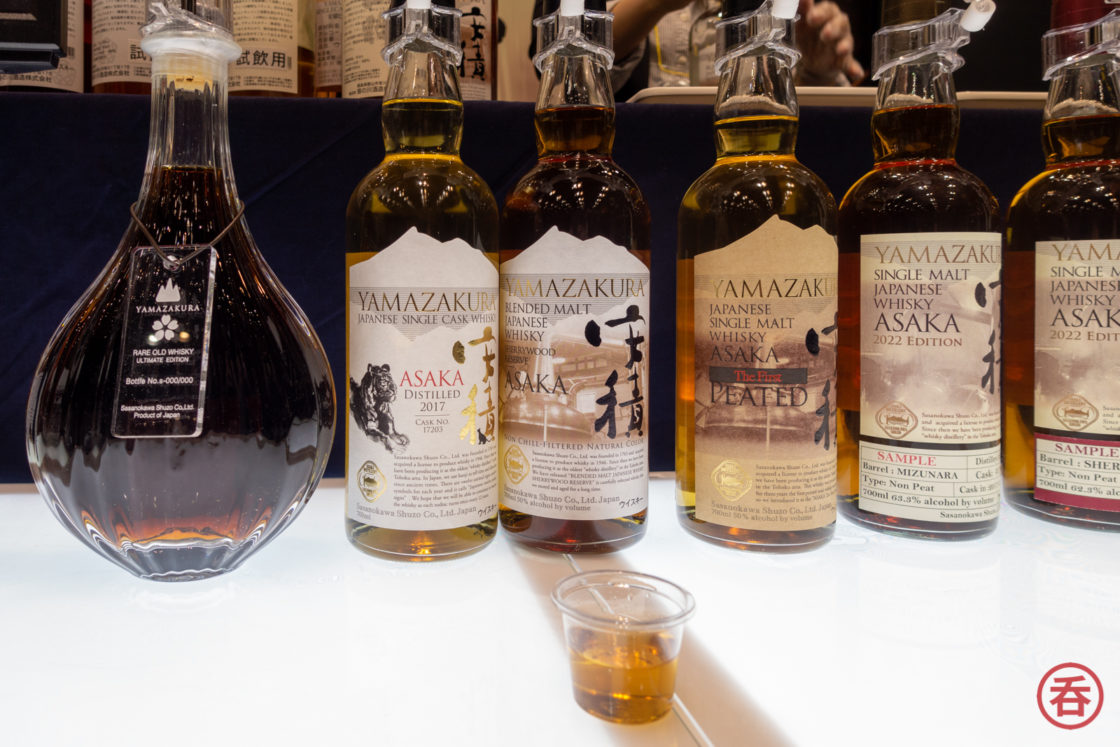 It’s been around two and a half years since the last major whisky festival happened in Tokyo. On March 26-27, 2022, things finally felt sort of normal for the first time in a while. What’s changed in Tokyo’s whisky scene during corona?

The biggest impression I walked away with from this year’s whisky festival is that there are a ton of Japanese whisky distilleries in the pipeline. I mean sure, we talk about it all the time here at this site, and maybe this site is even why you’ve even heard of these craft distilleries. But this whisky festival enabled me and any other festivalgoer to get a feel for that firsthand.

Looking back at my report from the 2019 whisky festival, it might not be readily apparent, but Japanese whisky was kind of a sideshow? That festival’s focus was non-Japanese whisky, and yes people were very attracted to the booths of Chichibu and Suntory, but the main attraction was all the great Scotch, Irish, or Bourbon whisk(e)y. In 2022 though, I think the tables have turned. Japanese whisky and spirits made up around half the booths, not just in terms of quantity but quality as well.

Just as an aside, it was also fantastic to hear how many of you have heard of and read this site. Given that this site’s content is solely in English, I hadn’t expected it to be well-known among Japanese Japanese whisky/spirits makers. Maybe I have my role with the Tokyo Whisky & Spirits Competition to thank for that. In any case, it was humbling to hear the influence of this site is known across the entire Japanese whisky/spirits supply chain.

Anyway, let’s get to the festival. 800 people per session, 4 sessions across 2 days. I went to the PM session on March 26 and AM session on March 27. The total number of attendees was lower than pre-corona, but I quite appreciate things not being ridiculously crowded at certain booths. There were no paid seminars, either, just talk shows happening on stage during the show. In any case, the event went off without incident, riots, or even people getting too hammered and getting escorted out of the building. Just a great crowd of whisky fans visiting booths, greeting old friends, or making new ones.

In my case, my first stop was at one of the organizers’ booths, i.e. that of the Japan Whisky Research Centre, for the festival bottlings. The lotteries for the festival bottles were very oversubscribed, so this booth was probably one of the only opportunities in the world to try the bottles. Here we found a Chichibu 8 year, Kanosuke 3 year, Shizuoka 3 year, Asaka 5 year, and an Osuzuyama sakura cask newborn. For what it’s worth, I did win the lottery for that Asaka 5 year bottle, so expect a proper review of that one soon.

Nearby was the booth for the Komoro Distillery. Komoro doesn’t have any product let alone a distillation license yet, but anticipation for the Komoro Distillery is high given its proximity to the site of the legendary Karuizawa Distillery and the fact that the famed Ian Chang is one of the co-founders. Ian and Shimaoka-san assured me things are on track after their groundbreaking last year, and they plan to start production relatively soon.

We talk a lot on this site about Kanosuke, and this year’s booth featured a few single cask numbers. My personal interests though extended to the Hioki Distillery, where the company is making grain whisky. This year’s booth didn’t disappoint because they brought grain spirit from Hioki as well. I was quite curious where Hioki fit into the company’s long-term plans given Distill Venture’s investment into (just) the Kanosuke Distillery, but company president Komasa-san has all that worked out.

The Osuzuyama Distillery booth featured what was in my opinion one of the most intriguing bottles of the festival. The 27-month new born was matured in oak casks with sakura heads. This distillery uses a quite unique technique for their distillation and grows all their barley locally, malting it themselves. It’s absolutely one to keep an eye on.

Niigata Kameda Distillery offered an opportunity to put their various new pots head-to-head, each using a different kind of barley. I found the WWA-winning Niigata Barley offered the best profile.

The Sakurao Distillery booth was in full swing, offering both their Togouchi and Sakurao single malts plus a selection of single casks. Like Kanosuke, Sakurao is one of the few distilleries in-housing their grain operation, putting them at an advantage in the future when it comes to making JSLMA-compliant Japanese Blended Whiskies.

Niseko Distillery made the trip down to Tokyo for the festival. They also brought along their “Uonuma Whisky,” explaining that whisky license they got all those years back. Glad to see things coming along up north.

Congratulations to Sasanokawa Shuzo’s Asaka Distillery for winning the World’s Best Blended Malt title a WWA2022 for this Asaka Sherrywood Reserve. Compliments of company president Yamaguchi-san, I also had a once-in-a-liftime taste of the Yamazakura Rare Old Whisky Ultimate Edition.

The Kaikyo Distillery has been on this site’s radar for quite some time, and things are moving along in Hyogo prefecture. Though their Hatozaki releases use imported whiskies at the moment, look for their own single malt down the road.

We’ve had newborns from the Yasato Distillery before at Hitachino’s brewpubs here in Tokyo, but it looks like they’re gearing up to release it in bottles to the general public as “Hinomaru Whisky.” Expect to see that one drop soon.

Kizakura Whisky “Tamba” from their Tamba Distillery is the company’s first single malt releasing soon. Apart from this brief mention back in 2018 when they got their license, the company and their distillery has largely avoided the nomunication spotlight. So we’ll be taking a closer look soon.

Another surprise of the show was a fantastic Mizunara liqueur from Yamazaki-san whose bitters are well-received across the Tokyo bar scene. Building on that success, he’s launching The Japanese Liqueur to complement The Japanese Bitters.

Finally, I also want to point out that T&T Toyama has the world’s first-ever independently bottled blend of Japanese whiskies from five different distilleries coming out soon. It’s called “The Last Piece Japanese Edition Batch No.1,” and it’s a blend of malts from Eigashima, Nagahama, Sakurao, Saburomaru, and an undisclosed fifth distillery. That’s coming alongside a world blend, both slated for release on April 19.

All told, Japanese whisky was out in full force at this festival. With so many different makers taking so many different approaches, we’re bound to eventually see some fall to the wayside and others rise to the top. But that’s still several years away. In the meantime, let’s just enjoy some great whiskies. 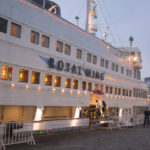 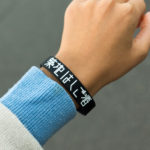