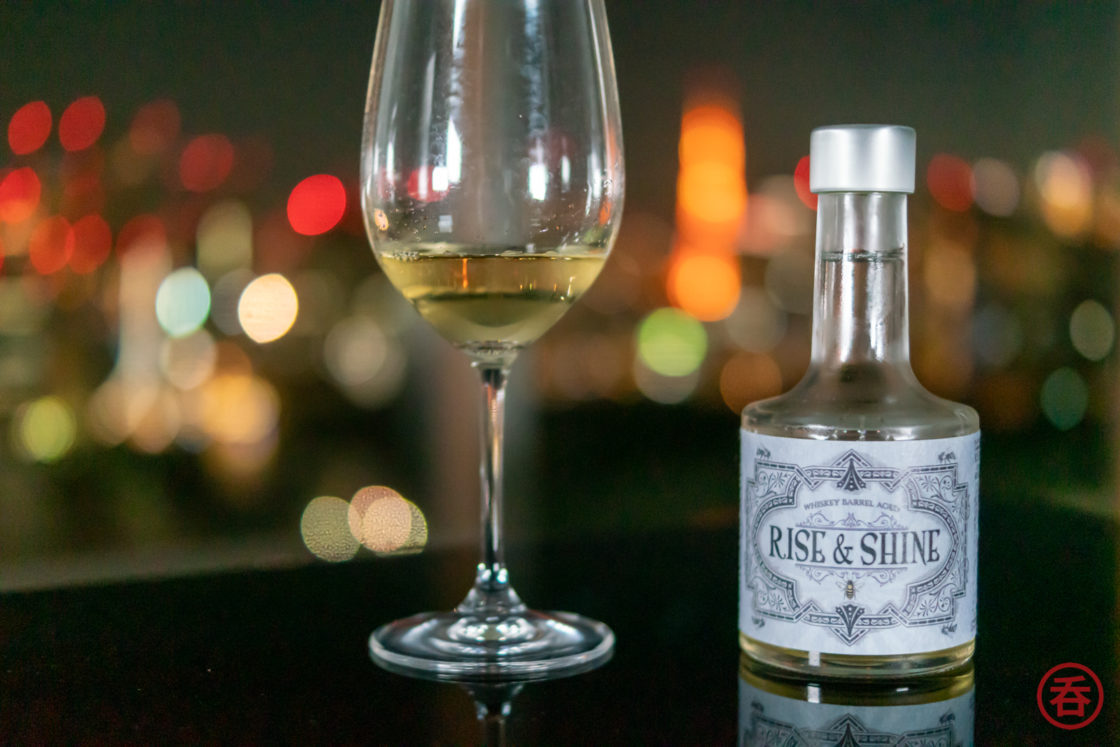 Domestically produced mead makes up only around 7% of Japan’s mead market. The rest comes from China, cornering a whopping 70% of the market, and other countries at 23%. Perhaps Japanese honeybees are too busy fending off murder hornets, or perhaps there simply aren’t many beekeepers out there trying to make mead.

Enter Wicked Way Mead. It’s made by self-described “one man gypsy brewer operation” Eric Bossick. His beekeeper grandfather taught him the ropes as a child, but as he got older his work had him on-screen and in the recording studio. After an encounter with mead in the Czech Republic, he decided to return to his roots and launched Wicked Way Mead in 2017 here in Japan.

His first mead, dubbed “Arcanum,” was launched in 2019. That bottle used sake yeast.

Rise & Shine is more complex. It’s a blend of three honeys, fermented using Narbonne wine yeast. Most meads would call it there, but Rise & Shine adds barrel-aging as well. Specifically these barrels are Koval’s famed 30 gallon barrels that were subsequently used to age Japanese whisky at Kiuchi Shuzo’s Yasato Distillery. The mead spends five months in the barrels, then heads out for bottling.

Nose: Blind, you might think this is a sherry. Honeysuckle and plenty of forest greenery with a handful of nuts thrown in.

Palate: Past the sweetness of honey–this is mead after all–there’s a blend of buttery vanilla and wildflowers in a wooden basket.

Finish: Perhaps my favorite part. The sweetness slowly tapers away, leaving you with just the wood, a fistful of grass, and more nuttiness.

I am definitely not an expert on mead, but this one probably sits on the super premium shelf. If you begin with it chilled, the palate gets more and more complex as it gets warmer. Definitely an eye-opener as to what’s possible right here in Japan beyond the categories we ordinarily talk about here.