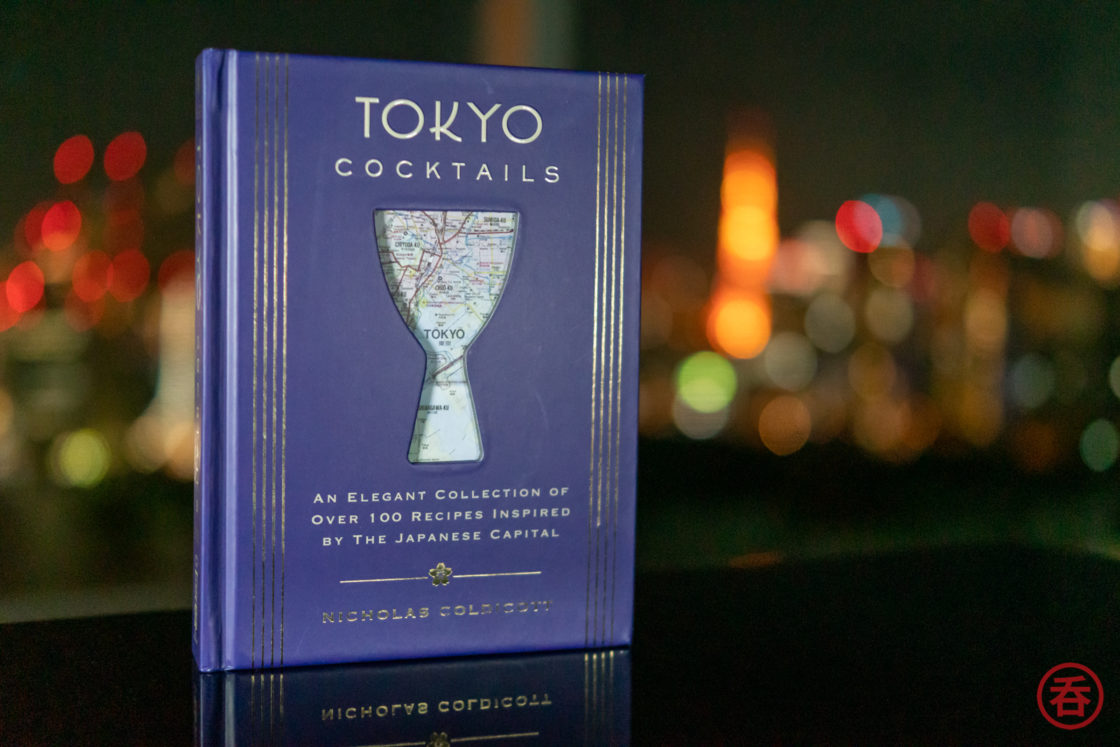 For nomunication.jp's first ever book review, we crack open the newly released Tokyo Cocktails: An Elegant Collection of Over 100 Recipes Inspired by the Eastern Capital by Nicholas Coldicott.

Part of the City Cocktails series, Tokyo Cocktails is the culmination of the "more than 20 years drinking in Tokyo" by author Nicholas Coldicott. If you've read anything about drinking cocktails in Tokyo, it's a name you might recognize as Mr. Coldicott has written extensively on the subject for The Japan Times, CNN, Time Out Tokyo. And he's the Japan Academy Chair for 50 Best.

The book opens with a brief history of cocktails in Japan, beginning of course with Yokohama. Japan's history with cocktails closely follows its economic situation, and Mr. Coldicott guides us through the early 20th century, the post-WW2 years, and rise to global acclaim in the post-bubble years. Ginza is the focal point of Japan's cocktail world, so it's rightfully the focal point of Tokyo Cocktails.

We then move on to overviews of Japanese bartending and hospitality, the key takeaway being the "pursuit of perfection" found in most classical Tokyo bars.

From there it's the meat of the book: a compilation of drinks from Tokyo's foremost bars and bartenders, replete with technical explanations, detailed recipes, necessary techniques, engaging photographs, and the stories behind many of the featured bartenders and cocktails. We hear directly from Shuzo Nagumo about why he started a shochu cocktail focused bar. Where the cocktails are actually good in Shinjuku's Golden Gai. The story behind the "one bar in Tokyo that has professional foragers on the payroll." And so much more.

Unlike a lot of cocktail books, the Tokyo Cocktails selection isn't arranged by spirit base, alphabetically, or geographically. Instead, they're arranged chronologically: "Daytime Drinking" precedes "Apertifs," which precedes "Shochu Cocktails" and "After-Dinner Drinks." Luckily there's an index if you find yourself wanting to jump back to something but don't remember where it appears.

If I were to flesh out Tokyo Cocktails myself, I'd try making it a tad friendlier for people looking to actually visit these bars. Addresses, phone numbers, or business hours are not provided for any of the bars mentioned. Besides advice to "hide your sticker shock," there are no indicators, even ballpark, of what you might expect to pay. There are no maps, and no neighborhood guides. Tokyo bar etiquette gets a page, but there is no phrasebook that may help you through a night out in Ginza when the staff isn't multilingual.

Of course, it's 2021, and much of that is easily found via Google. Or, guess what, right here!

But what really strikes me about Tokyo Cocktails is the level of detail and backstory given about each bartender, cocktail, and technique. Plenty of words have been written about Tokyo's cocktail scene over the years. Many on this site, even. But sometimes those words have a deer-in-headlights tone playing up the "exotic Japan" angle, as though some (non-Japanese) reporter lists up 10 or 20 bars and asks a bartender they've never met to field some interview questions.

Instead, Mr. Coldicott offers the kind of complete picture of Tokyo's cocktail scene that comes into focus only after spending years as a 常連 (joren, a regular) visiting these bars and establishing genuine relationships with the bartenders. Just like anywhere else in the world, becoming a regular at bars in Tokyo comes with its own set of perks. And in Nicholas Coldicott's Tokyo Cocktails, we get to sit at the bar, right next to him.