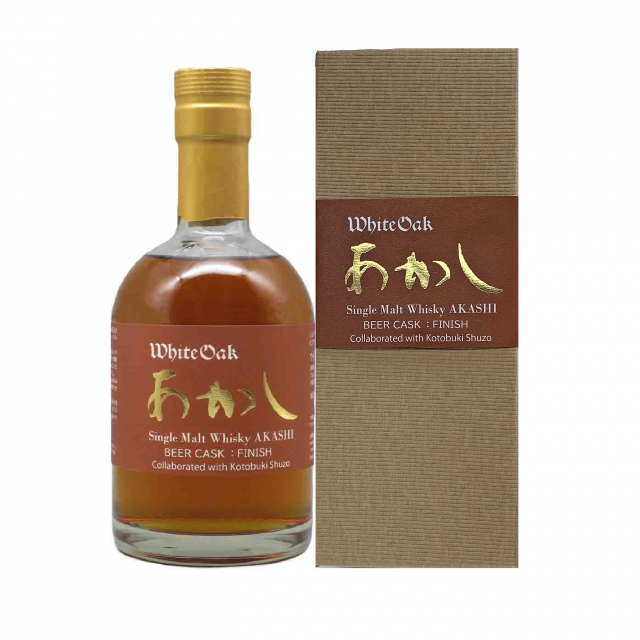 Single Malt Akashi Beer Cask finish is a vatting of 3+ year matured whiskies aged in American oak, French oak, and Bourbon casks, then married for a year in a cask supplied by Osaka’s Kotobuki Brewing. They haven’t said which Kuninocho beer was in the cask though.

Eigashima says we can expect a whisky that’s solidly sweet and sour, with just the right cask nuance and trailing smoke.

It’s been over a year since the last Akashi single malt expression dropped, so this came just at the right time.