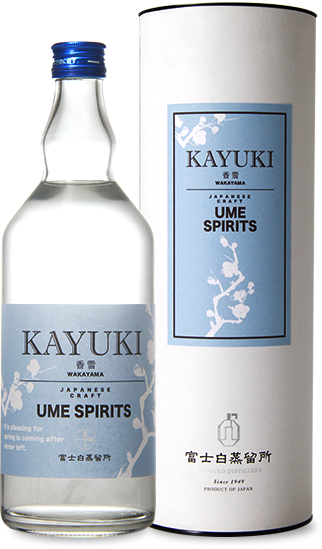 Kayuki Ume Spirits from Nakano BC

Umeshu is often mistranslated as “plum wine.” Plum liquor is a more accurate term. It’s made by letting plums steep inside of a neutral spirit such as korui (multi-distilled) shochu. As there isn’t any actual fermentation or distillation going on when making the umeshu itself, it’s the only kind of alcohol that consumers are legally allowed to “make” and consume at home in Japan. Homebrewing and home distillation remain illegal.

Nakano BC has a new spirit out now called Kayuki that takes things a step further. After making umeshu, they then distill it, creating an umeshu-based spirit. At 45% abv, it’s around triple the strength of an umeshu. Additionally, Nakano BC has apparently taken out a patent on the plum-stepping process used to make the umeshu itself, where they are reducing oxidization of the plums by stirring them from time to time. Who knew stirring is something you could patent?

Anyway, since sugar is normally added when making umeshu, it often ends up being super sweet. Think “green gummy bear” levels of sweet. As a result it tends to completely overpower most anything you try to mix it with, so umeshu itself is essentially never used in cocktails. Plum/ume flavor itself is rare in a cocktail, so hopefully releases like Kayuki here will give bartenders an opportunity to bring a plum flavor without it being overly sweet. 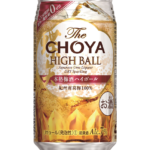 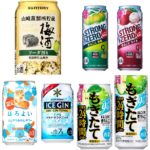 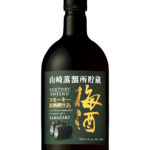 Yamazaki Umeshu is getting a smoky cask-aged edition