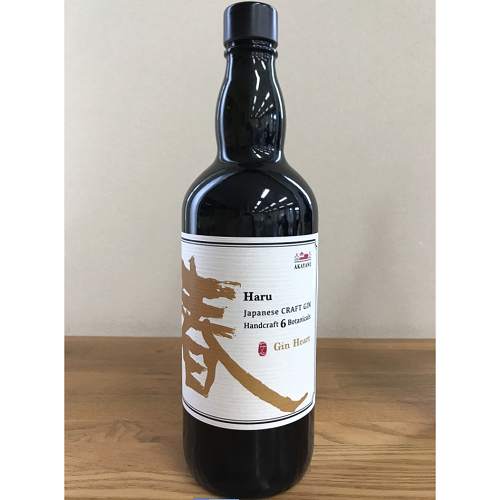 Now only 4 months later they’re back to gin again: Akayane Craft Gin Heart (Haru). It seems that Sata Souji Shoten has had an ongoing relationship with French artisan eau de vie producer Jean-Paul Mette since 2005, and this new gin is a result of months-long collaboration between Mr. Mette and Akayane. Mr. Mette visited the distillery in November of last year, and after some back and forth, he eventually proposed that they work together to create a gin. He’s visited the distillery several times since then.

The result of their efforts and airline miles is a limited-edition first run of 250 bottles of the Akayane Craft Gin Heart (Haru). While the regular Akayane Craft Gin uses only juniper as a botanical, Heart (Haru) here contains six: cherry blossom, yuzu, matcha, sansho, kombu, and juniper. “Haru” means spring by the way — cherry blossom is the main botanical for this one. The company expects to also release new gins for each season going forward, focusing on seasonal botanicals.