Though not yet announced to the general public, word has gotten out via a wholesaler seminar put on by Suntory that they’ll be releasing a whisky called “Hibiki Blender’s Choice” on September 4, 2018.

Hibiki Blender’s Choice will use a variety of maturities from different types of casks, primarily from 15y to 30y old. That ends up as a blended whisky bottled at 43% abv, 700ml, and sold for 10,000 yen. Flavor-wise they’re saying it leans towards using wine cask-matured liquid, so it has a bit of a sweetness about it. With release over half a year away… that’s all I got for now.

Looking over the current Hibiki landscape. Let’s not confuse that Blender’s Choice with Hibiki Japanese Harmony, the NAS Hibiki released in March 2015. Though a NAS, Japanese Harmony is generally considered on-par with whiskies around 12y. Hibiki 12 itself officially stopped sale some six months later: September 2015. See the connection? One could easily believe Suntory released Japanese Harmony to give themselves a bit more flexibility about age statements.

Hibiki Blender’s Choice probably sits firmly in the 15-20y range. So you could speculate that the release of Hibiki Blender’s Choice will be the demise of Hibiki 17 and/or 21, which at the moment are still officially sold by Suntory (not that either is easy to find). If you like Hibiki 17 or Hibiki 21 and care about age statements, that’s not good news. We may also see the end of age statement Hakushu, for that matter, since it’s probably going into this new Hibiki as well.

Hopefully we’ll get an official announcement from Suntory soon. 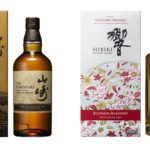