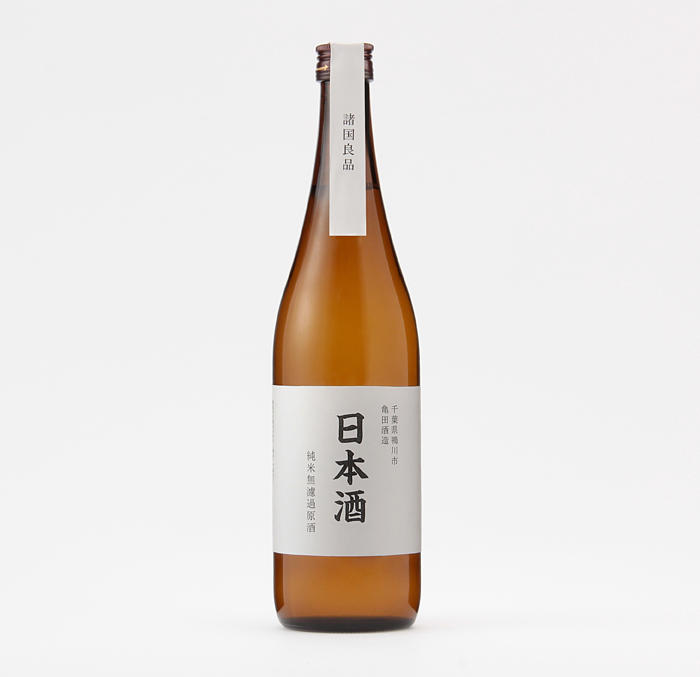 Minimalist powerhouse and anti-brand Muji is releasing a Muji Sake again this year that uses only Nagasa-mai rice from Chiba's Kamogawa city. Famous for its rice since Japan's Edo period, the area is more recently known for the Oyama Senmaida, selected as one of Japan's 100 most beautiful terraced rice paddies.

Maintenance of these rice paddies has become something of a headache. The population of the area is mostly elderly, and the rice paddies themselves sit on a slope, so it's tough for locals to keep them maintained. Muji has thus jumped in to help support the area, and part of that support is helping locals find ways to add value to goods such as that famous rice.

For the second year in a row, Muji is releasing this sake, brewed by Kameda Shuzo, at only four Mujis in Japan: the Muji Yurakucho flagship, Muji Grand Front Osaka, Muji Namba, and MUJI CanalCity Hakata. Last year saw only 800 bottles nationwide. This year the company has secured around 2.5x that stock. Named simply "Nihonshu," the sake is a Junmai Muroka Genshu, meaning it isn't carbon filtered and has no added alcohol or even water to dilute it down. A minimalist sake, if there is such a thing.