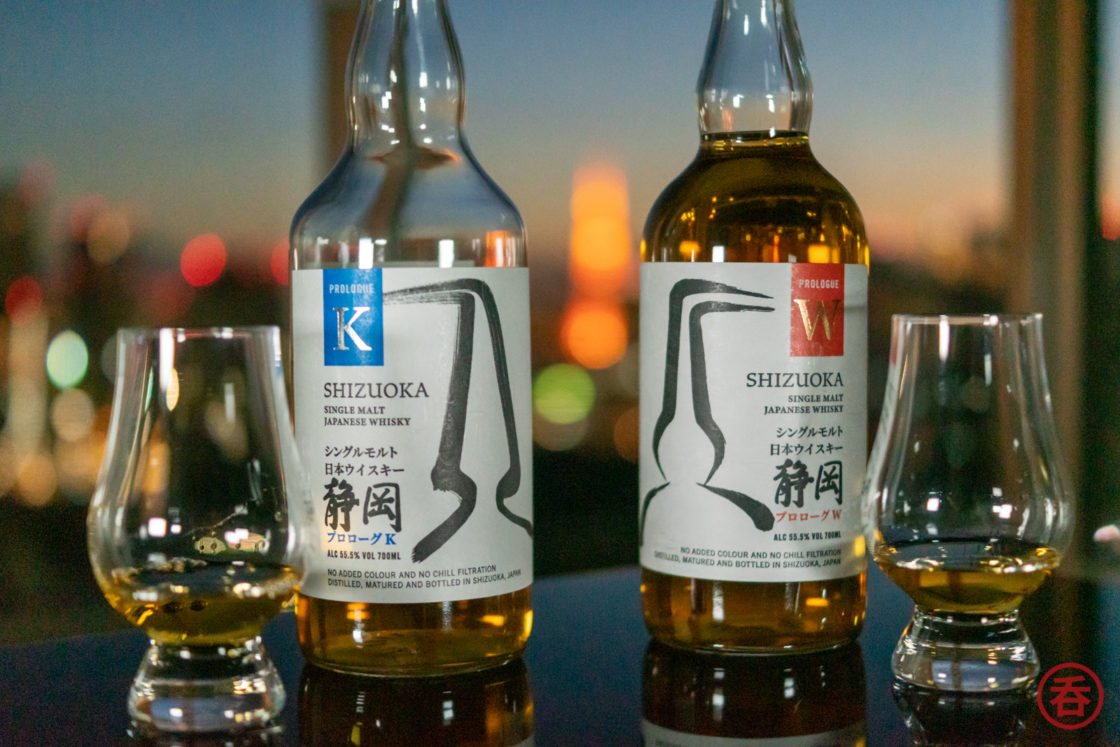 Tonight we pit Shizuoka Distillery’s second single malt, Prologue W, against their first one, Prologue K. How are they different, which is better, and why?

Let’s focus on the wood direct-fired still for a minute because Prologue W was made entirely on it (i.e., both the stripping run and spirit run). Shizuoka says it’s the only whisky still in the world heated by a wood fire. I suppose they mean the only legal one.

Direct-fired stills typically involve using gas to light a fire underneath the pot, just like a tea kettle on a gas stove. All of the stills at Glenfarclas, for instance, use gas direct-firing for heat.

Here in Japan, though, we also have Nikka’s Yoichi Distillery famously using coal for direct-firing. Shizuoka has put another spin on it by using wood for the fire. The wood is all sourced locally, so it’s all from trees grown in Shizuoka prefecture.

Does it even matter? Is it somehow better than heating with steam or coal? We don’t know yet, and it will be several more years before we can even take a guess.

There are a couple of other factors at play here besides the still. Prologue W uses mostly non-peated Japanese malt, but also Scottish peated malt and beer malt from Germany. Prologue K used peated and non-peated, where over 50% was Japanese malt with the rest imported. Prologue W also has a wider variety of casks, including Bourbon barrels, first-fill Bourbon quarter casks, and virgin American oak casks. K used only Bourbon barrels.

Nose: K had malty and grassy overtones, but W leans more towards sweetness and fruitiness. There’s caramel, green apple, lemon/lime citrus, and it’s against a honey cinnamon backdrop. It shares vanilla with K.

Palate: An initial rush of peat quickly pivots to cinnamon sugar and honey. White pepper with heat ramping up for the finish. Water brings out a lot more fruitiness, like orange slices. Drastically less malty, but the woodiness comes later and is on par with Prologue K.

I’m a bigger fan of the W. Where Prologue K had slightly unkempt edges and feinty plastic going on, Prologue W feels less temperamental and, in my opinion, is more refined and balanced. If you have to choose between the two, go with the Prologue W. Alternatively, drink neither and wait! Down the road, we should see bottles made using both stills as well.