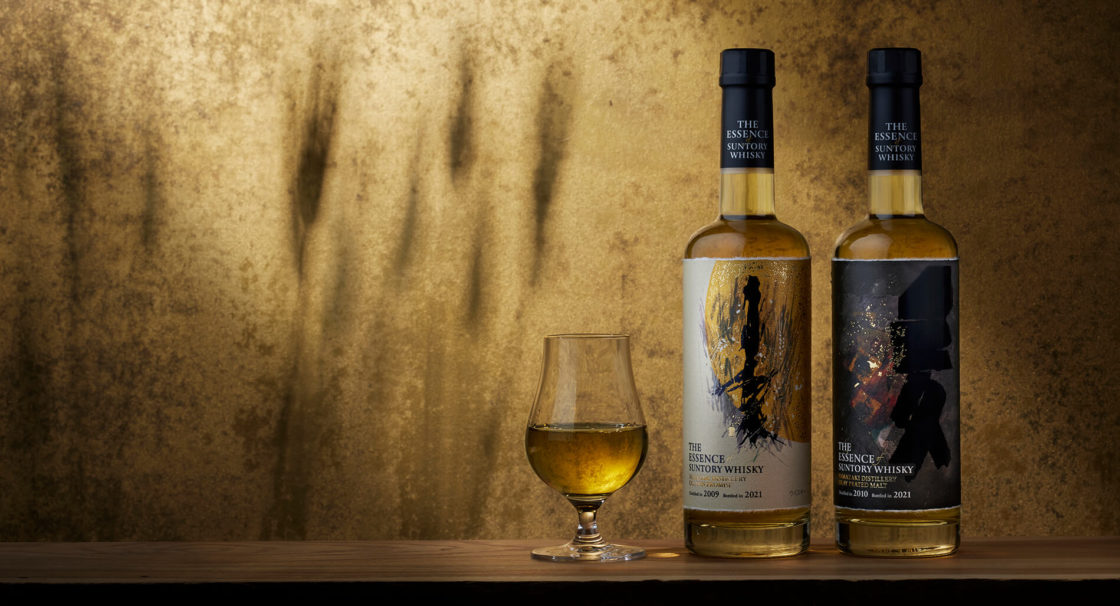 It’s been over a year since the release of volume 4 in this series, but better late than never. Volume 5 shines a spotlight on the work Suntory does with various types of malt at the Yamazaki Distillery. I suspect these two particular bottles will work well as a pair, given they come from the same distillery, were aged in the same kind of casks, and for the same amount of time. The only difference–or at least the only one made public–is the kind of malt used.

Golden Promise is a brand name of malt most famously associated with The Macallan, who used it exclusively during the 1960s and 70s. Here in Japan, the Karuizawa Distillery started using the same brand once they were allowed to import barley from overseas, rather than use domestic.

Suntory and The Macallan owner Edrington have been buddy-buddy for decades as well. The Macallan is distributed by Suntory here in Japan. So it makes sense that Suntory would try their hand at a Golden Promise-edition Yamazaki.

Distilled in 2009 and aged for 11 years in American oak casks, the company says it’s soft on the nose but rich on the palate.

This bottle was made using Optic malt dried with Islay peat. As you can imagine it should deliver plenty of peat, with Suntory saying the nose features a “heavy” peat aroma and the palate being smooth.

Distilled in 2010 and aged for 11 years in American Oak casks.

This bottle could also be interesting to compare to the Yamazaki Distillery Peated Malt from the very first volume in The Essence series. That one was “Peated Malt” rather than “Islay Peated Malt.”

Look for these ones at a bar near you soon, corona-permitting.

Update 31-Aug-2021: The official homepage for the Essence series has now been updated to show these bottles.