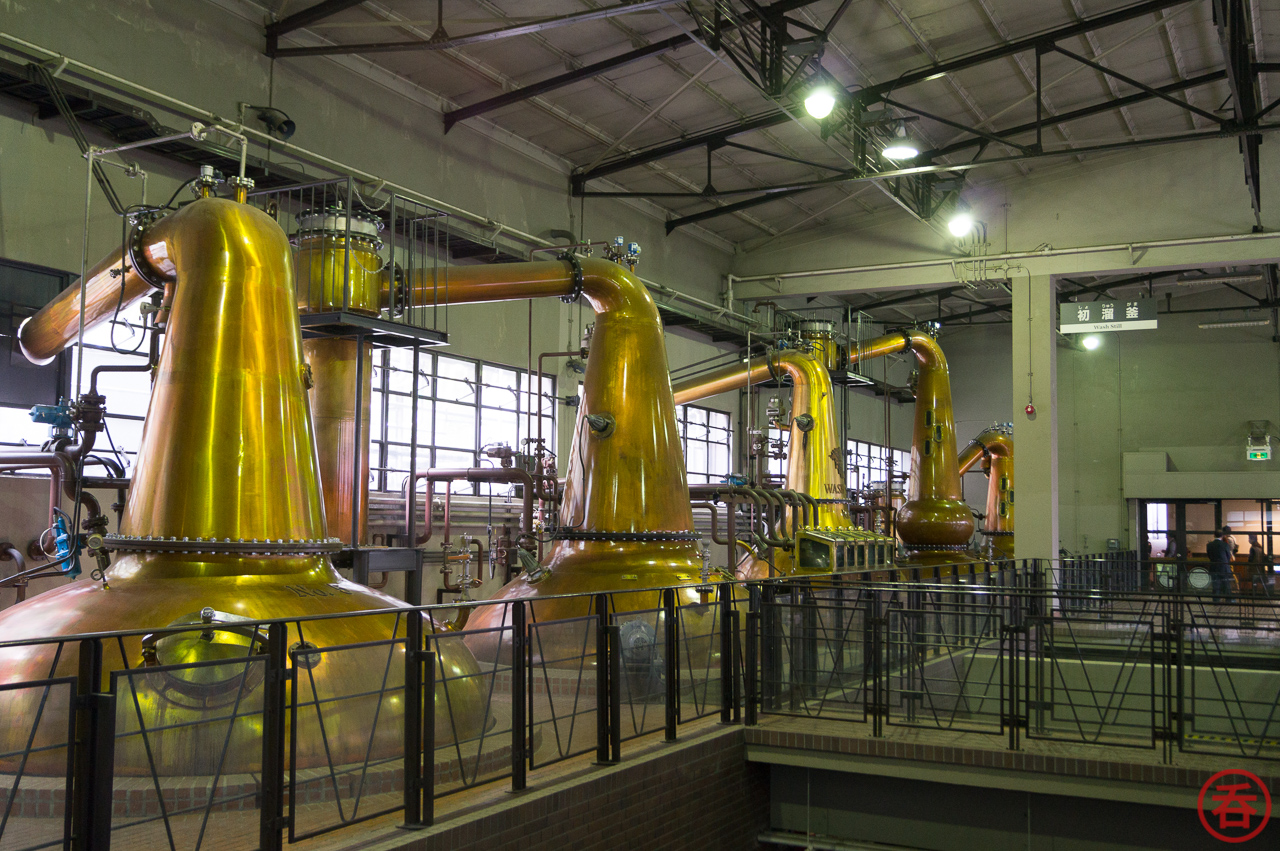 2018 marks a century since the founder of Nikka Whisky, Masataka Taketsuru, set out on a journey that would alter the history of Japanese whisky. Based primarily on his serialized autobiography originally published in Nikkei in 1968, in Part Seven Taketsuru gets to work making whisky at the Yamazaki Distillery. Of course, things don’t always go as planned! Click here to read previous entries in this series.

Taketsuru couldn’t rest at the newly built Yamazaki Distillery. He next had to teach essentially every aspect of whisky making to the dozens of newly hired staff, which he brought in from Hiroshima’s sake breweries. “Just remembering the names of the machines took them a few days,” he writes. “Eventually they were able to do say the names in English, and started to get used to the job.”

Alcohol in Japan back in those days was taxed based upon the Brewing Tax. Which is to say, it would be taxed when it was brewed. That works fine for beer, sake, and shochu, as they are shipped and sold pretty quickly. Whisky, on the other hand, generally matures in casks for at least a few years. An important part of that maturation is the casks’ absorption of whisky into the porous wood, essentially “breathing” the whisky in and out. On contact with air, a small amount of the whisky will evaporate – this is referred to as the Angel’s Share. For a whisky maker, this means a significant amount of stock is lost every year. Generally around 2-3% of what’s in the cask, depending on the climate. So as the years go by, a cask can lose as much as 30-40% of what it originally contained.

Taketsuru writes: “considering defects/loss and interest payments, taxing whisky immediately after distillation makes it impossible to run a whisky business.” He had to get the law changed in order to turn Japanese whisky into a viable business model. Lucky for Taketsuru, he had a relative at the Ministry of Finance, who introduced him to the Osaka Tax Bureau’s Taxation Chief, Naoki Hoshino. Hoshino initially wouldn’t budge on the tax policy, but after several visits and explanation into the complexities of the Angel’s Share, using Scotland’s taxation as a model, he finally agreed that whisky should be treated differently. The law was revised to say that new pot whisky is an incomplete product, and as a result it should be taxed when shipped. Even then, Taketsuru still had to show local tax officers how to check for defects/losses and how to record the results of their inspections.

The first distillation season was complete in June 1925. Armed with samples of the Yamazaki new pot, Taketsuru took another trip to visit Dr. Innes in Scotland, as he had a few outstanding questions that needed answering. Upon arrival, Taketsuru went into the charcoal pit and measured it for himself, getting black with coal in the process. He recalls more about the trip:

As busy and happy as I was those days, I really enjoyed being back in old Scotland for the first time in a while. Dr. Innes nosed and tasted the sample new pots that I brought, and said, ‘you did well!’ But he also pointed out a few minor things, and asked me questions about some major aspects to assure that I got everything right. Spending those two weeks in the UK countryside, Campbeltown, again with Dr. Innes, I felt happy that I chose this path in life.

Japan got a new emperor in 1926, thus shifting from the Taisho era to the Showa era. This was a period of economic decline in Japan, with failures of multiple banks. For the beer industry, however, competition was fierce. Amongst those competitors was a company called Nichiei Jozo, who had a six-story factory in Yokohama’s Tsurumi district. They were using a beer brewing technique developed by Canada’s Cascade Beer. Nichiei decided to also name their product “Cascade,” yet they only ever managed to reach about 2% market share. The factory sustained damage in the Great Kanto Earthquake of 1923, and this combined with the economic environment meant that they couldn’t really stay in business. The bank foreclosed on the property, and put it up for auction.

Torii asked Taketsuru to calculate a bid for the factory, and he did so. The number they came up with was 680,000 yen. Kotobukiya, today’s Suntory, eventually won the auction. In 1929, the company released their first beer: New Cascade Beer. The factory, by the way, is still standing today on the same spot. Of course these days it’s abandoned and supposedly haunted, so perhaps it’s a good urbex spot (pictured at the end of this article).

1929 also marked four years since the first round of distillation back at Yamazaki. It was beginning to look like whisky, and was getting smoother. Ordinarily, a blender would take a 5-year whisky and blend it with a 10-year whisky. In Taketsuru’s case, the 4-year old was the oldest he had. “It wasn’t quite ideal, but we had to put something out,” Taketsuru writes. Kotobukiya’s first whisky was released on April 1, 1929. Its name was Shirafuda Suntory. It cost 3 yen 50 sen for a bottle, at a time when Johnnie Walker was 5 yen. It was quickly followed up by Akafuda Suntory. Taketsuru writes:

Neither product sold well or was acclaimed. It was still too early for Japan. Torii was hopeful and passionate about whisky, and I did my best to respond to that. People only drank sake when they went out. It didn’t matter if it was summer or winter — even beer wasn’t selling well. Nobody was interested in this new whisky.

Nobody interested in whisky from Yamazaki… it’s hard to even imagine these days. In any case, this left plenty of stock to mature. It was around June of 1931 that Prince Fushimi Hiroyasu visited the distillery. The Prince had spent 3 years in the UK as part of his time in the Imperial Japanese Navy, so he was familiar with whisky. He was especially interested in what was going on in Yamazaki. At that point he likely would be sampling the 6-year whisky.

In August 1931, just a month before the Mukden Incident, Taketsuru set out for the UK on his third trip. Torii’s eldest son, Kichitaro, would be taking over the business. He needed to learn about whisky distillation and winemaking, so Taketsuru would be taking him around. Taketsuru also took Rita along so she could visit family. By this visit, DCL had brought the final of the big five Scotch houses under its umbrella: White Horse.

Japan was still only taking baby steps into whisky. But Kotobukiya had set its sights on grabbing market share from the big established beer brewers. Taketsuru felt that the high-volume beer business should remain independent of the long-term whisky business, but Torii assured Taketsuru that the whisky business wouldn’t be reduced to make room for beer. Taketsuru was put in charge of the beer factory This was in addition to his duties at Yamazaki.

Despite an aggressive pricing strategy and a rebranding as “Oraga Beer,” it didn’t sell well enough. By 1933 the Japanese beer industry was beginning to consolidate, and when Union Beer was purchased by Asahi Beer in Kansai, there was talk of Oraga Beer getting bought out in Kanto. It was around that same time that Taketsuru got an order to expand the Yokohama factory from headquarters. Just after he got an estimate and the construction company began pouring the foundation, it was decided that the beer business and its assets would be sold to a firm named Joint Beer Sales for 3 million yen. “For Kotobukiya it was a great deal, since that was a lot at the time,” Taketsuru writes. “But as the factory manager, needless to say, I was shocked.”

Kotobukiya would not make another attempt at the beer market for three decades, in 1963. It was also in 1963 that Kotobukiya rebranded as Suntory.

It was around the same time that Taketsuru’s mother took ill and passed away. He wasn’t able to make it to her deathbed in time.

Nearly 40 years old, this was the moment Taketsuru decided that he needed to set out on his own.

“There was no bad blood between Torii and myself. I left the company amicably,” Taketsuru writes. “I had been thinking about making my own whisky anyway, so at the end of the 10-year contract, in 1932, I informed them of my intention to leave. That request had simply been put on hold.” So it’s not as though the beer factory being sold out from under him caused Taketsuru to leave – he was planning on doing so anyway. “Without Torii, it would have been impossible for private citizens to make whisky happen. And it goes without saying that without Torii, my whisky life wouldn’t have happened.” 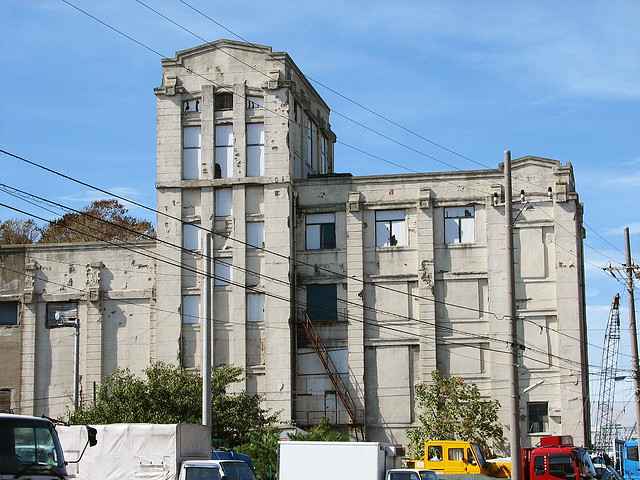