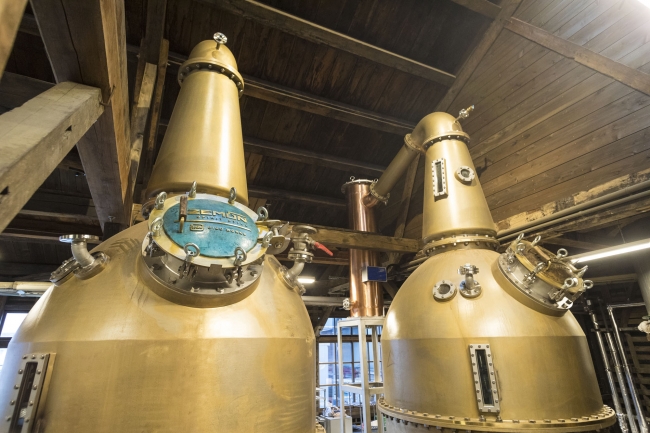 ZEMON is the name of the pair of stills at the distillery. They are slated to go into use this month, doubling the distillery’s output capacity.

What is a cast pot still? Basically it means the maker creates a cast shaped like a still, pours metal into it, lets it cool, then removes the cast. Voila, now you have a whisky pot still.

This compares with the traditional method of making copper pot stills:  take a bunch of sheets of copper, hammer them into the right shapes, then join them together (in a nutshell). This is what companies like Forsyths do for many whisky distilleries around the world.

It’s clear that using a cast is significantly less labor-intensive. Humans had their metalworking “duh” moment thousands of years ago. Wakatsuru Saburomaru is pitching a few other advantages to using a cast pot still over a traditional copper still:

Just some more background on how this happened. Takaoka city, located, in Toyama, has a 400-year history with making copperware. The city is today single-handedly responsible for some 90% of Japan’s copperware manufacture. Bells, Buddha statues, lanterns, accessories, and plenty else are still made using traditional techniques.

Of the copperware makers in Takaoka, Oigo Works not only has the most market share, they’re the only firm capable of casting the huge (>50 ton) bells you find at many temples throughout Japan.

Wakatsuru Saburomaru teamed up with both Oigo Works and the Toyama Industrial Technology Research and Development Center to turn Zemon into reality.

The distillery’s early experimentation has shown that copper/tin allow will actually create purer new pot than copper alone. Hopefully they’ll be able to put whisky where their words are soon! 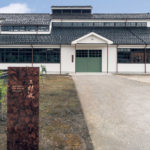 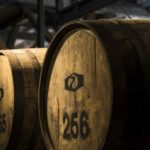 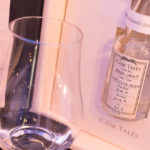