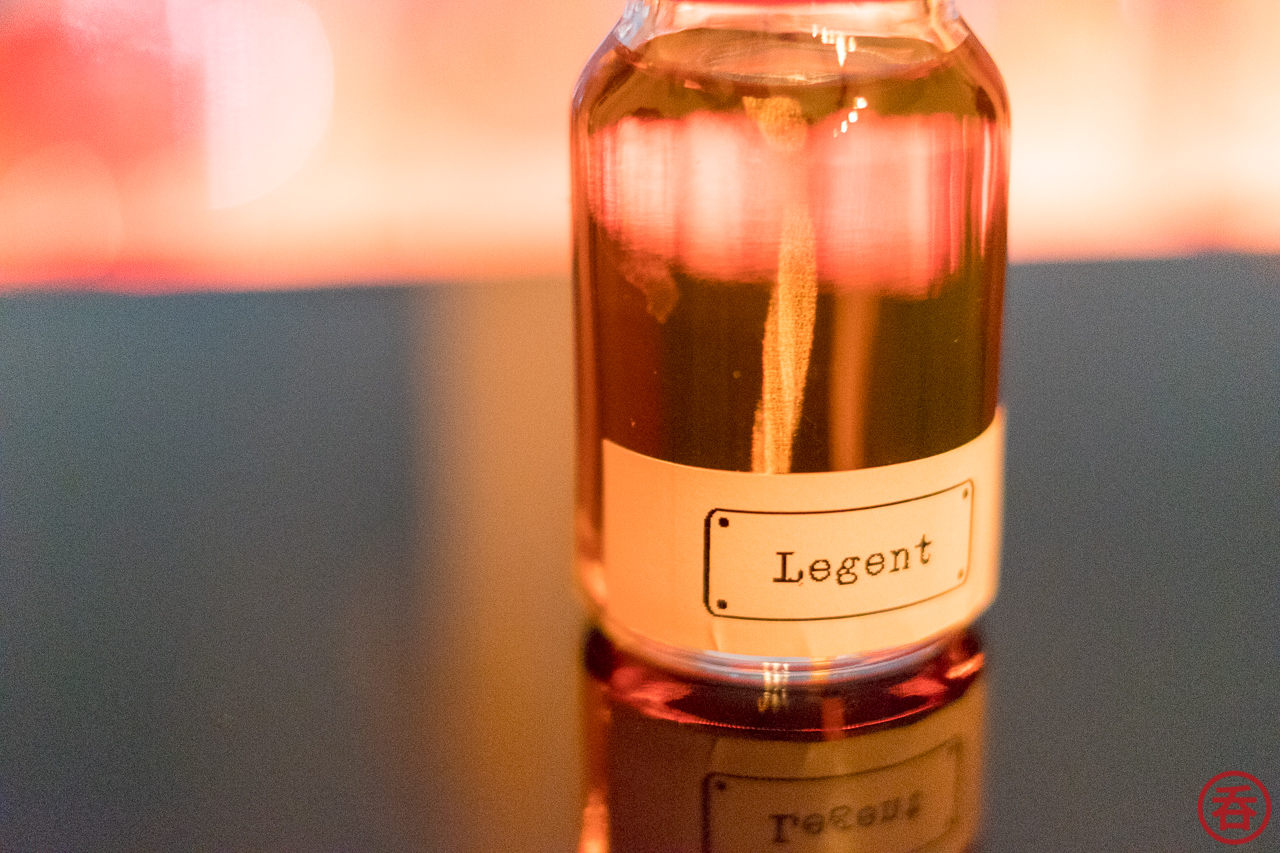 So begins the marketing spiel you’ll find on the official site for Legent Bourbon. It’s one of the latest US releases from Beam Suntory. This bottle brings the blending expertise of Suntory chief blender Shinji Fukuyo and Bourbon distillation knowledge of Fred Noe, Jim Beam’s chief distiller. So it’s the kind of experiment that fans on both sides of the Pacific have been waiting for since the merger. It’s a bottle that leans in to both Suntory and Beam’s strengths in whisky.

In a nutshell, Legent Bourbon introduces the concepts of cask finishing and blending the results into the world of Bourbon. That may sound simplistic if you’re familiar with both Bourbon and Scotch or Japanese whisky. And you might wonder why it hasn’t happened before. The answer is, well, the law: TTB regulations in the US permit anything that contains at least 20% whiskey to be dubbed a “blended whiskey.” The other 80% could be neutral grain spirit, additives, coloring, flavoring, or whatever. It’s a purist’s nightmare! As a result, blended whiskies have not been commonplace in the US as they have been in Scotland, which has far stricter requirements for blended Scotch. In the US, releases like Legent may have an uphill battle.

That said, Legent isn’t even a blended whiskey. Instead, Legent is “Kentucky Straight Bourbon Partially Finished In Wine & Sherry Casks.” What a mouthful! Thanks, TTB.

Legent begins life as a 5-year old bourbon, then it goes one of three ways: a) no special treatment, b) finished in a California red wine cask, or c) finished in a Sherry cask. Those three are then blended together. I’m not quite sure this “redefines” Bourbon as Beam Suntory says, but in any case, it’s not really been done in Bourbon before.

While Legent Bourbon is US-only for the time being, this is definitely not the first or last collaboration happening between Japan’s Suntory Spirits and Suntory-owned Jim Beam. Trademark filings indicate the company may have more up their sleeve, named Koyomi and Sakumi. Perhaps we could one day see the Beam Suntory equivalent of Blanton Gold (Blanton’s is owned by Japan’s Takara Shuzo). Until then, this might be the only Bourbon review you’ll find on this site.

As you can tell from the pic, I didn’t get my hands on a full bottle of Legent. Instead this is a sample provided by Mel, a dedicated member of nomunication.jp’s Facebook community. Thanks Mel!

Palate: Wine comes through pretty intensely, with dried berries and cherry. Towards the tail it we get some oak.

Finish: The sherry sticks around with slight vanilla, then drops off with thick spice

While it noses like Jim Beam, on the palate, the cask finishing takes it quite far outside of standard Jim Beam territory and lands us inside a sherry cask. While I wouldn’t go super far out of my way to pick up a bottle, especially given it’s still only available in the US, it’s a good first effort for Beam Suntory. Hopefully the first of many.