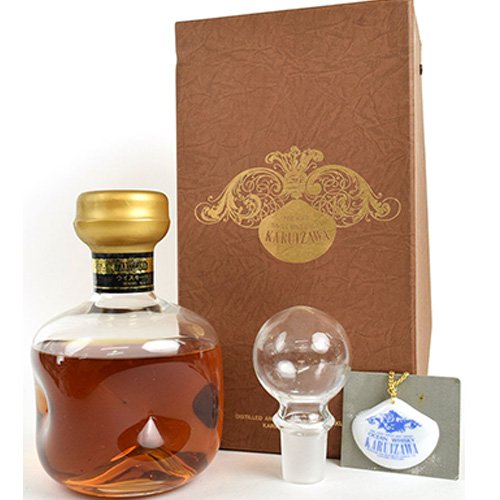 Quick: name the first Japanese single malt whisky. Maybe you answered Yamazaki? Sorry, that wasn’t until 1984. Nope, It’s not Nikka either. Actually, Japan’s first single malt whisky was “Ocean Karuizawa,” released in 1976. Karuizawa Distillery itself opened in 1955, but 1976 was the first year they released a single malt.

Somehow, a bottle of that original Ocean Karuizawa single malt has survived for over 40 years unopened. No, it’s not a modern bottling of a 1976 vintage, but instead it’s an actual bottle from 1976. Very different! And now it’s on Amazon Japan. If you have a cool 1,000,000 yen to spare, you can own a piece of Japanese whisky history.

Realistically, this probably belongs in a museum, or at least a bar, rather than sitting on some rich dude’s shelf. Oh well! 720ml (at least it used to be), 43% abv, and bottled in a sweet looking crystal decanter.