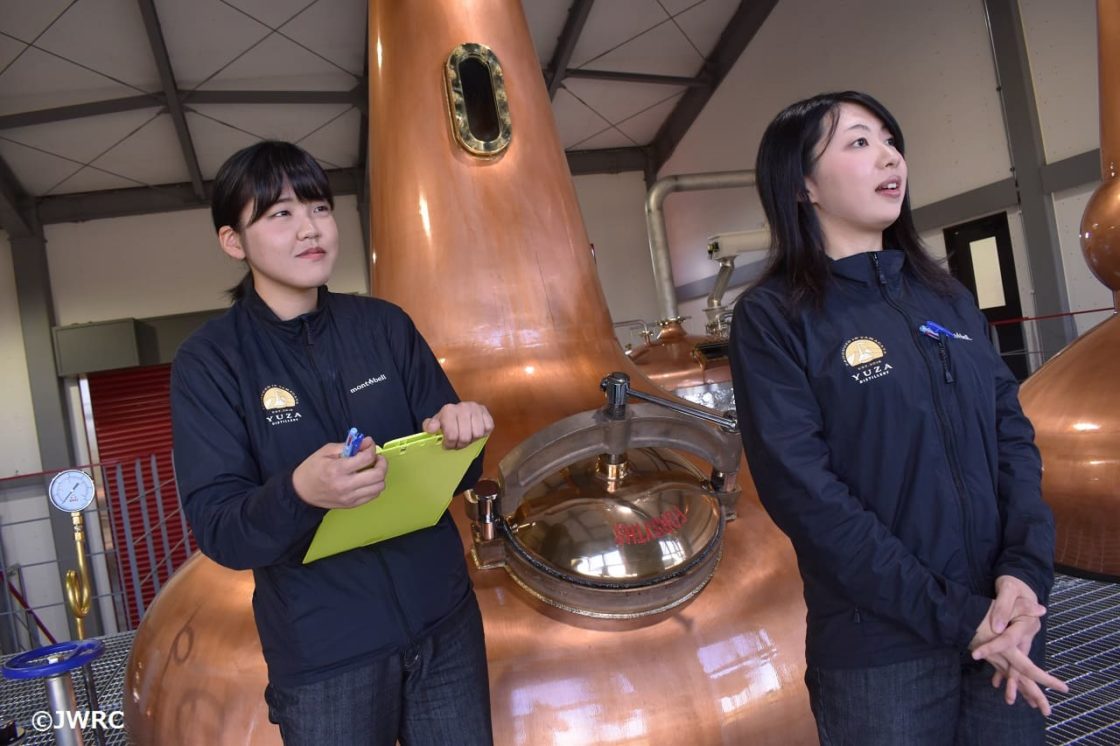 Kinryu's Yuza Distillery was born in sake country, Yamagata. Forsyths provided hands-on education to this craft distillery, but in a rarity for the whisky world, the distillation staff is comprised of two young women. Our editor spoke with both.

This article originally appeared in Japanese in Whisky Galore Vol.13 / April 2019. It has been updated to reflect the latest information available in 2021.

Tsuchiya: What did you study in school?

Saito: I majored in Plant Genetics at Yamagata University's College of Agriculture. Specifically, I was analyzing the genetics of wild barley that grows in the mountains of Tibet.

Tsuchiya: Oh really? I spent a year in West Tibet's Ladakh Zanskar, and I noticed that even at 4000m above sea level, barley, wheat, peas, etc. still grow. Were you studying six-row naked barley?

Saito: It was a Siberian wild rye, a smaller oat. Genetically it was between wheat and barley, so I was thinking it would be good to take advantage of the helpful genes for both. I collected samples from various parts of Tibet, but genetically they were quite different from the wheat and barley here in Japan.

This is an exclusive article from Whisky Galore, Japan's only whisky/spirits magazine. It has 1040 more words.